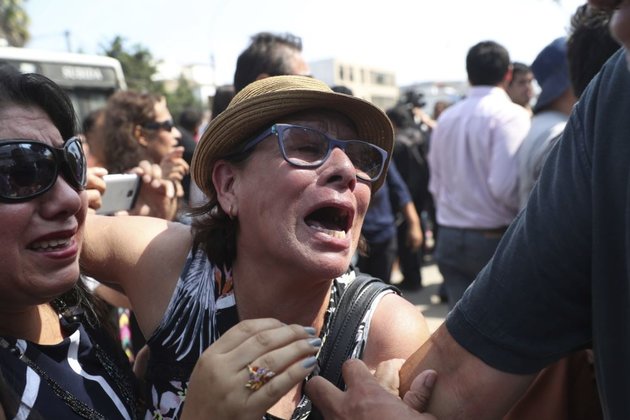 Former Peruvian President Alan Garcia died in a hospital Wednesday after he shot himself in the head as police tried to arrest him over bribery allegations.

'Distraught over the death of ex-president Alan Garcia. I send my condolences to his family and loved ones,' Vizcarra wrote.

He was accused of taking bribes from Brazilian construction giant Odebrecht during the construction of Lima's metro while he was serving his second term. He denied any wrongdoing.

Garcia contended he was the victim of false testimony by political enemies who accused him of taking more than $100,000 from Odebrecht disguised as a payment to speak at a conference in Brazil. In 2016, the company admitted in a plea agreement with the U.S. Justice Department that it won lucrative public works contracts throughout Latin America by paying nearly $800 million in bribes.

As the investigation unfolded, Garcia tried to seek asylum in Uruguay. He stayed there for a little more than two weeks, but Uruguay rejected his asylum request, rebuffing his claim that he was being targeted politically.

'In Peru, the three branches of government function freely and autonomously, especially in the case of judicial power,' Uruguayan President Tabare Vazquez said.

All but one living former Peruvian head of state are being investigated in connection to the Odebrecht scandal. A week ago, former President Pedro Pablo Kuczynski was detained for alleged money laundering linked to the investigation.