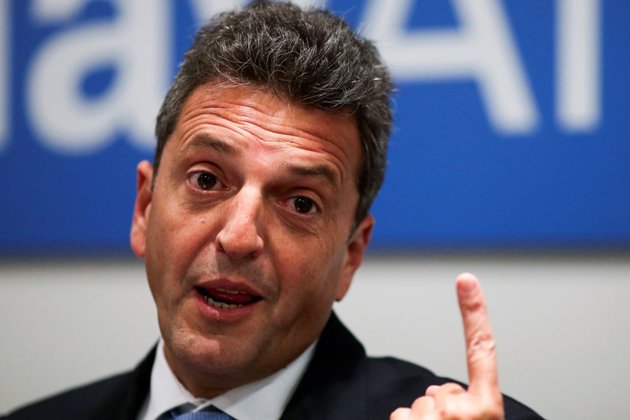 'We need to find a longer-term mechanism to ensure that Argentina meets its debt obligations, ' the 46-year-old Massa said in a briefing with international correspondents.

Macri was forced to negotiate the IMF deal last year amid a sell-off in the peso that raised questions about Argentina's ability to pay dollar-denominated bond obligations. Many Argentines blame the IMF for policies that set the stage for the country's 2002 sovereign debt default and economic meltdown.

Popular protests supported by Massa's Peronist party have gained momentum in recent weeks as the Macri administration pursues IMF-backed public utility subsidy cuts and other austerity measures aimed at erasing the primary fiscal deficit this year, a goal included in the IMF pact.

More than three years into his first term, Macri's re-election is less than certain as his government strains to jumpstart a shrinking economy while cutting the fiscal deficit and trying to tame one of the world's highest inflation rates.

Previous Argentine leader and possible October candidate Cristina Fernandez, a free-spending populist with wide support among low-income voters, has risen in the opinion polls while discontent rises over Macri's policy of cutting public utility subsidies and other austerity measures.

Massa once served in Fernandez's cabinet but broke with her over what he called her top-down leadership style. He is running behind both Fernandez and Macri in the opinion polls.